The most intense memories I associate with my home area of London are from 15 years ago when my friend Maria Florencia first visited me from Buenos Aires. An hour ago, I dropped her off at the station after her 3rd visit to the UK. It is at this same station that we met in person for the first time on 31 December 1999. We had been pen pals and she had sent me a compilation of feminist bands from Latin America. We only exchanged a very few letters before she came to visit. We saw in the year 2000 on a local hill from where we could see fireworks all over London. She was in Europe 3 months and 6 years later I finally visited Argentina.

This trip, Florencia was visiting Buddhist retreat centres in England and Spain. She also planned to meet up with Penny Rimbaud. She and Penny have corresponded for years while Flo translated his book 'Last of the Hippies' into Spanish. I of course asked if I could accompany her to Dial House. We decided to document our pilgrimage with photos. 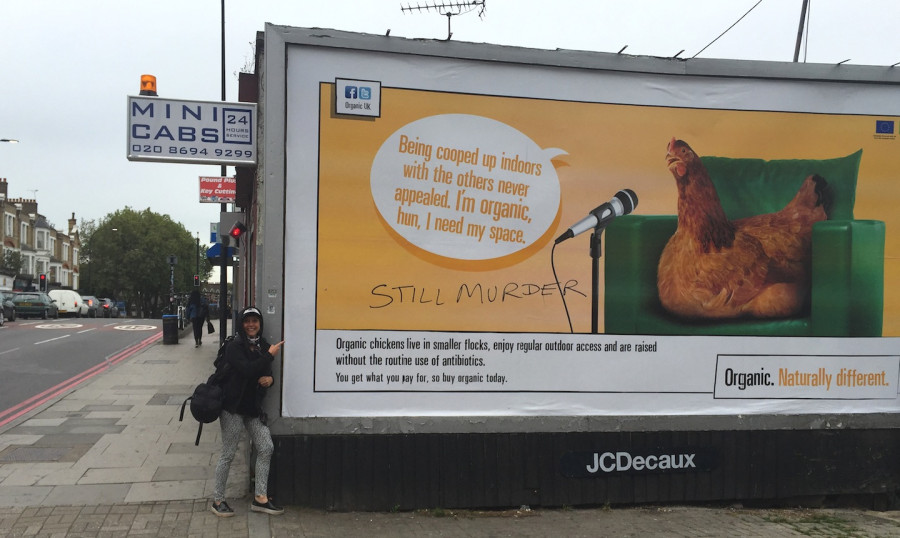 With New Cross pride we took a photo of the latest animal rights graffiti on the high street. This billboard has had a series of AR bombs. 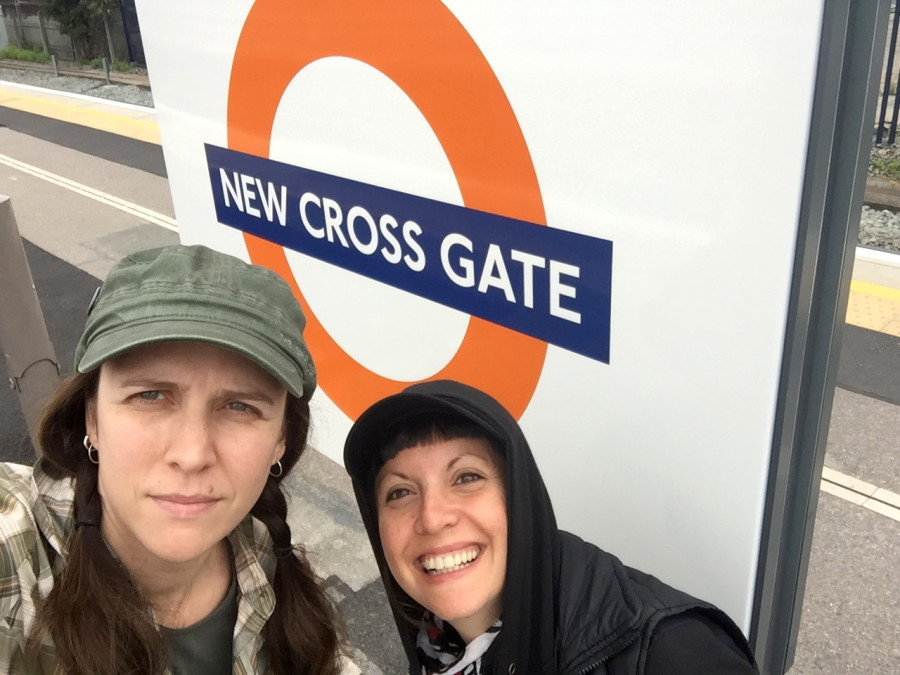 Mishaps often occur when Flo and I are out adventuring together. This time, after 20 years of living in London I had my first experience of being separated from my travel companion by the untimely closing of a tube train door. Here is the empty seat on the Central Line. 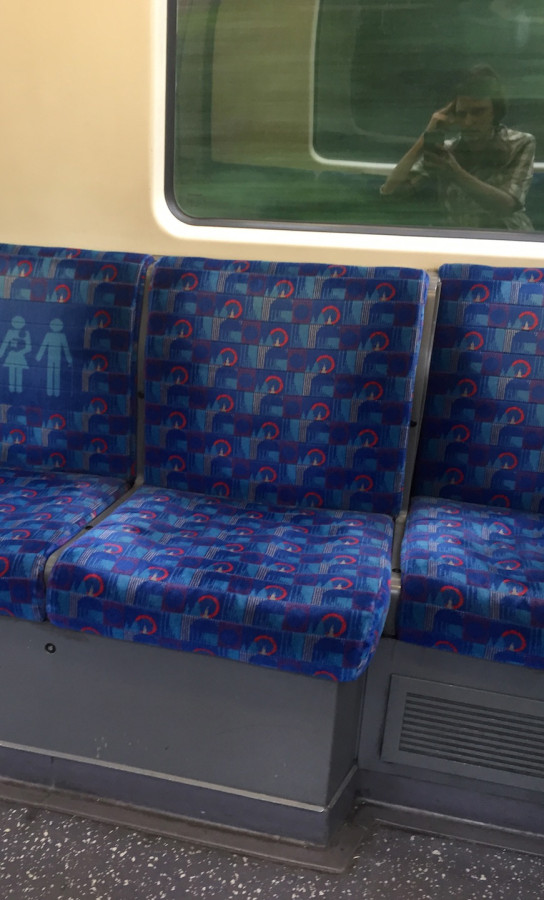 We were reunited at the end of the Central Line. 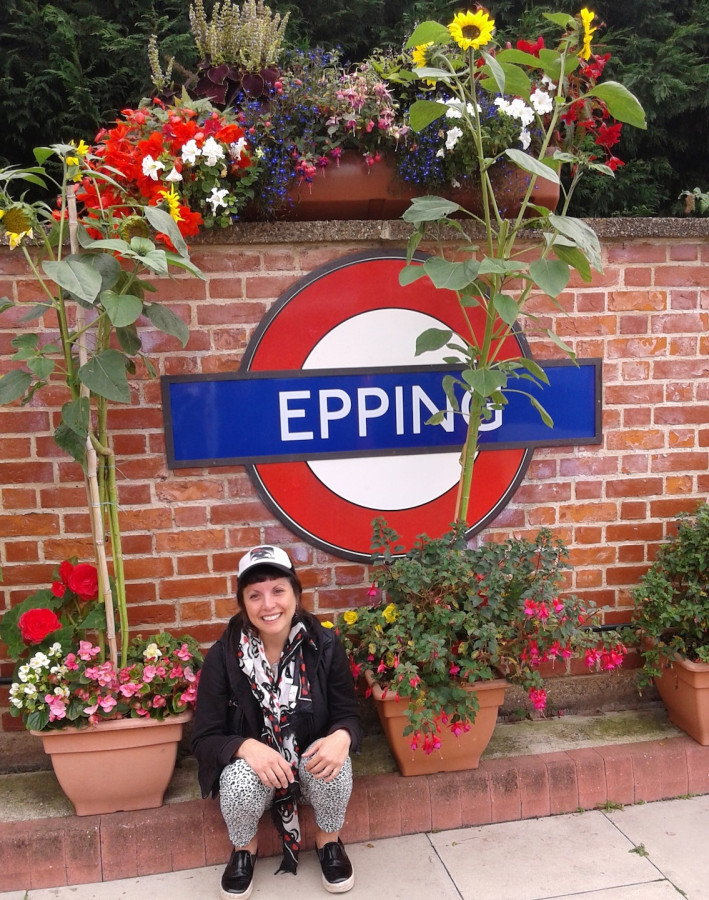 Outside the station was an antique bus. Even the conductor had on a 1940s uniform. It is a special service that goes to the heritage local steam train line. An unexpected treat. 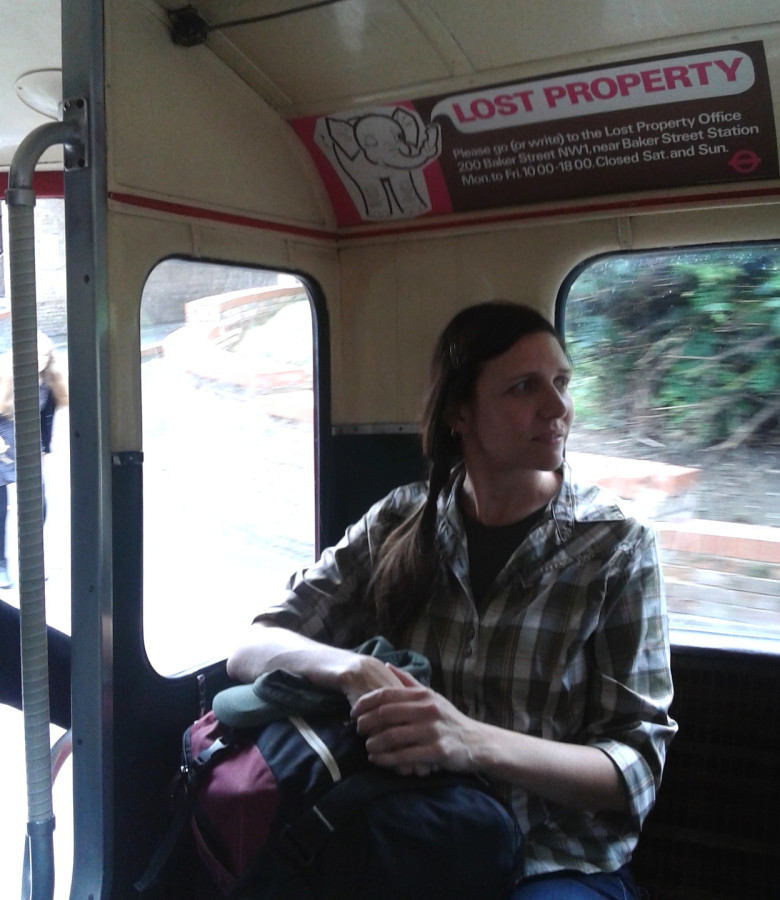 We then had a walk down a long country lane with blackberry hedges and the sight and sound of the steam train going parallel to our path. 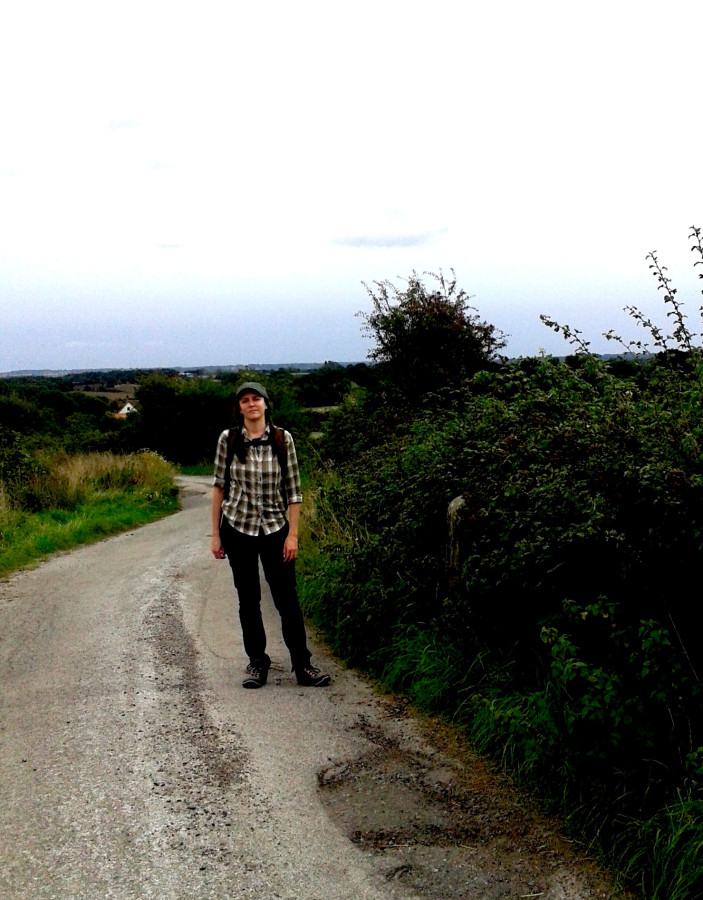 At the end of the lane was a farm with cows, goats and a pig. Off to the side was the little piece of paradise that is Dial House, aka the Crass House, aka the home since 1964 of Gee Vaucher and Penny Rimbaud. Beautiful old house, a 30 year old organic garden and a wilderness of invertebrates and birds having a good life.

For the first time in her life, Flo was speechless meeting Penny. 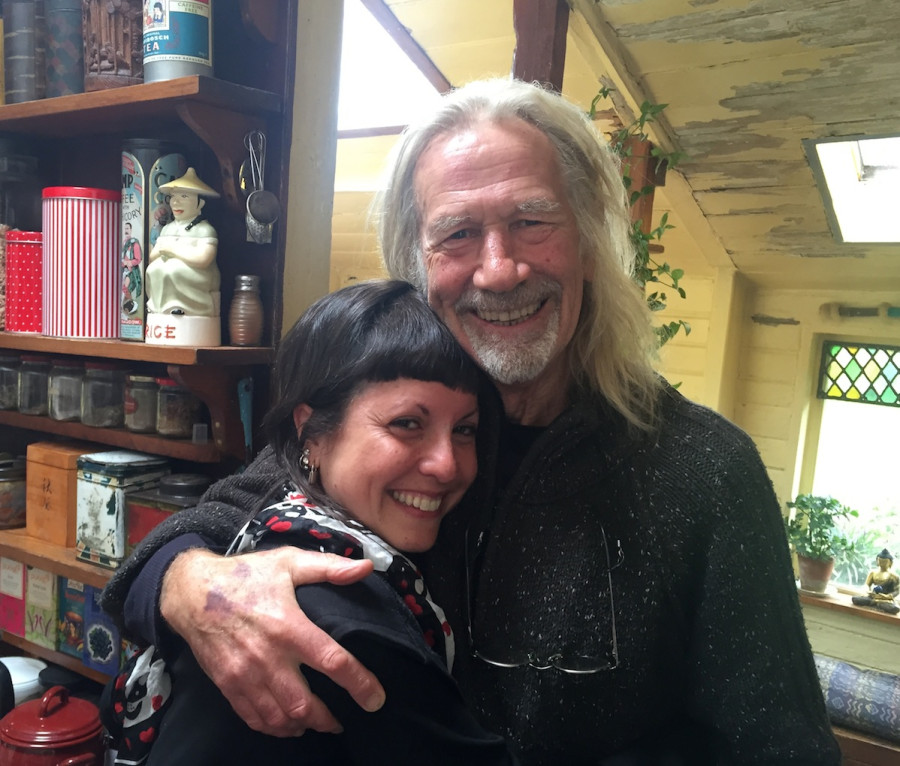 We met the lovely Dial House chicken Maude who followed us around like a friendly pet and made cooing sounds that Penny told us meant she was enjoying the human company. I wish Gee and Penny were my parents. When I look at this photo I see it as I would have if it had traveled back in time to my 17 year old self. 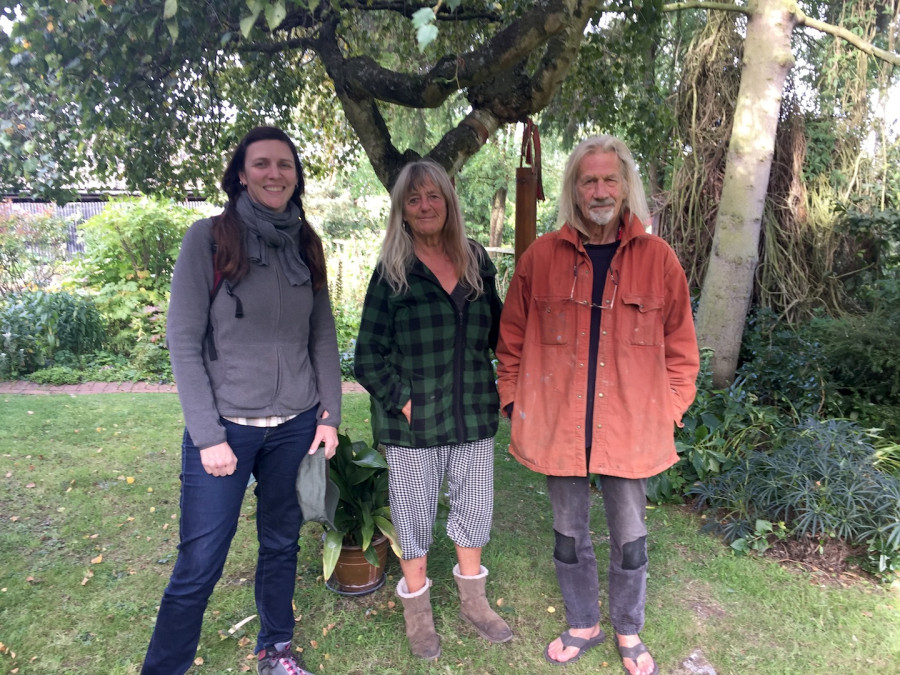 The garden was my dream garden. Such a variety of plants. I saw pollinators I'd never seen before. Graham Burnett of vegan permaculture fame does workshops there and retreats are planned in the future that I'm planning to get along to. Thanks so much for being lovely folks and lovely hosts and thanks to the Argie Bargie for bringing me along.
Collapse